Create an Account - Increase your productivity, customize your experience, and engage in information you care about.

We are looking for qualified men and women to join our team and help build a safer Snyder. If you have a desire to protect and heart to serve the Snyder Community, You're in the right place. As a Snyder Police Officer you'll be working in a medium sized, and diverse city nestled deep in the heart of west Texas.

Our Goal is to successfully find the best Texas Peace Officers to become Snyder Police Officers. Our department strives to develop officers to their fullest potential and to provide the most updated equipment, training, and quality leadership necessary to be successful.

The men and women of the Snyder Police department are committed to serve each other, the citizens of Snyder, community leaders, and visitors, by creating and maintaining communication, respect and trust. We are committed to provide a safe community for people to live, work, and play with the highest level of professionalism and ethical standards.

The Snyder Police Department strives to build partnerships and relationships through community interaction. We make every effort to maintain a high level of safety and security as to improve the quality of life for the citizens of Snyder and its visitors.

If you believe that you have what it takes to be apart of the Snyder Police Department we invite you to reach out to one of our recruiters and participate in our application process.

If you are interested in applying, you'll find the Apply Now button at the bottom of the menu panel to the left of this page. Be sure you've read through the Hiring Process page for information on minimum requirements and how the application process works.

Our department considers only those candidates that are already licensed as Peace Officers from the Texas Commission on Law Enforcement; However, We also consider Peace Officer Academy Cadets prior to becoming licensed on a case-by-case basis. More information can be found about academies on the Academy and Field Training page. 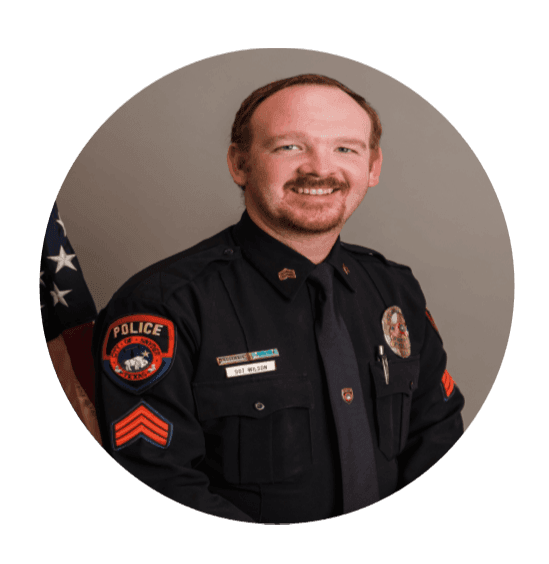 Sergeant J.P. Wilson was born and raised in Snyder, TX, and he and his family still call Snyder home. Sgt. Wilson worked in the oilfield and wind industry for several years before attending the South Plains College Law Enforcement Academy in 2015. Sgt. Wilson joined the Snyder Police Department after graduation and worked as a patrol officer until he was promoted to Patrol Sergeant in December of 2018. Sgt. Wilson currently serves multiple roles within the police department to include Bike Patrol Supervisor, Grant Coordinator, Recruiter, STEP Program Manager, Field Training Officer, and Intoxilyzer Operator. 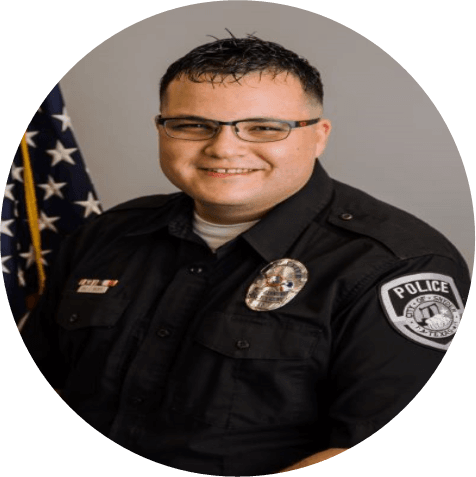 Detective Joshua Reeves was born and raised in Vernon, TX, but calls Snyder home. After graduating high school he served in the US Army and the Oklahoma Army National Guard. He then worked as a security officer for the Oklahoma Office of Juvenile Affairs for 3 years before attending the Vernon College Law Enforcement Academy. Detective Reeves has served with the Snyder Police Department since 2016. Throughout his career at SPD he has worked as a patrol officer, a member of the Bike Patrol Unit, a member of the Criminal Investigations Division, and in recruiting. In his spare time he serves as Volunteer Firefighter for the City of Snyder Fire department, and enjoys spending time outdoors fishing with his two sons. 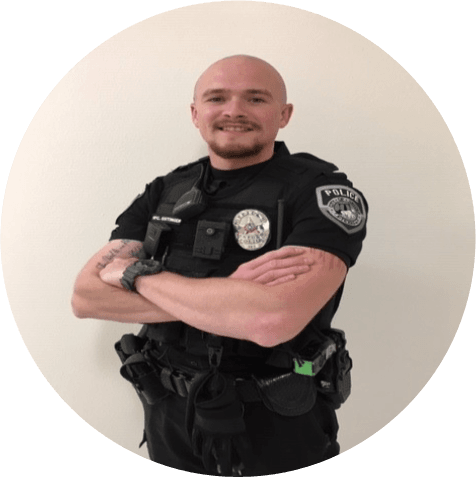 Officer Joseph Giittinger  was raised in Lubbock, Texas and currently resides in Snyder.  After graduating high school he enlisted in the Marine Corps where he completed six years of service.  He then worked private security while attending the police academy at South Plains College in Levelland, Texas.  Officer Giittinger has served with the Snyder Police Department since 2018 where he works as a patrol officer. In his free time Officer Giittinger spends his time running Conqueror Marathons, traveling, and spending time with his fiancé and two dogs. 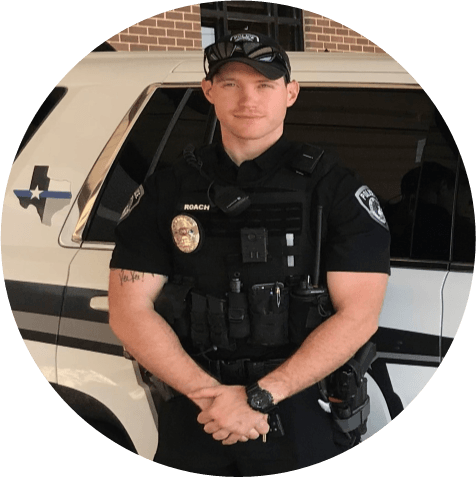 Officer Steven Roach was born in Midland, TX and moved to Abernathy, TX at the age of 14. Prior to being a police officer he worked as a John Deere Mechanic in Brownfield, TX for four years and an Automotive Mechanic in Lubbock, TX for one year. Officer Roach received his Associates degree in Applied Science from Garden City Community College in Garden City, KS in 2016. Officer Roach started with the Snyder Police Department on August 13, 2018. Since starting with SPD he was worked as a Patrol Officer, is a member of the Bike Patrol Unit and Snyder Police Association. Officer Roach likes to spend his free time with his two year old son, in the gym, or having a cookout with friends. Officer Roach is proud to serve the community of Snyder, TX and is happy to call Snyder home.